Tax officers are not entitled to establish the nullity of transactions

Tax officers are not entitled to establish the nullity of transactions...

The essence of the Act is to unreasonably attribute the taxpayer to the gross costs and tax credit for VAT in the tax accounting of the enterprise on the basis of worthless transactions, the insignificance of which, with excess of powers, determined by the considerations of "reviewers" by applying unforeseen laws to the assessment of the law. and giving preference to evidence of economic transactions that are proper to prove.

According to Art. 44 of the Tax Code of Ukraine for tax purposes, taxpayers are obliged to keep records of income, expenses and other indicators related to the determination of objects of taxation and / or tax liabilities, on the basis of primary documents, accounting registers, financial statements, other documents related to the calculation and payment of taxes and fees, which are required by law.

Referring to the "nullity of the transaction," the "reviewers" in no case indicate violations of public order and how they manifest themselves.

According to Part 1 of Art. 204 of the Civil Code of Ukraine  is legitimate, if its invalidity is not explicitly established by law or if it is not invalidated by the court.

Pursuant to Article 228 of the Civil Code, a violation of public order is null and void.

As defined in Article 215 (2) of the same Code , a court's invalidation of a void deed is not required.

Pursuant to Article 216 (1) of that Code, an  invalid transaction does not create legal consequences, except for those related to its invalidity.

However, the taxpayer with the suppliers of goods (works, services) is not in civil matters but exclusively in economic relations, which is important, in particular as regards the issue of recognizing a particular obligation or contract as a whole null and void.

According to Part 1 of Art. 207 of the Civil Code of Ukraine, an economic obligation that does not meet the requirements of the law, or made for a purpose that is knowingly contrary to the interests of the state and society, or concluded by participants in economic relations with violation of at least one of them economic competence (special legal personality) be declared invalid by the court, in whole or in part, at the request of one of the parties or of the relevant public authority.

If the economic obligation is declared invalid as such, which was made for the purpose, which deliberately contradicts the interests of the state and society, then in the presence of intent on both sides ... (Part 1 of Article 208 of the Civil Code of Ukraine), appropriate sanctions come.

The analysis of the mentioned norms gives grounds to claim that the "special" legislation (the norms of the Civil Code of Ukraine) does not provide for the possibility of presumption of invalidity of an economic obligation, but only indicates the possibility of recognition of such an obligation in court upon request, incl. the relevant body of state power (Part 1 of Article 207 of the Civil Code of Ukraine), and the consequences of such invalidity occur only if there is an intention on both sides to engage in transactions for a purpose that is clearly contrary to the interests of the state and society.

Also, I pay special attention to the fact that the taxpayer is not aware of the circumstances in which the suppliers of goods did not report or report to the STI at their location with errors in the formation of tax returns - so he can not verify, confirm or refute such information for the absolute reason access to it, and the illegal collection and use of such information is prosecuted. The only thing that can be claimed by the taxpayer was that at the time of conducting business transactions with the suppliers of goods he did not have information about the cancellation of the state registration or the certificate of the VAT payer for such suppliers, and the contracts were not declared invalid in court and therefore there were no grounds for adjusting the tax accounting and to date no.

Thus, despite the presence of all the necessary supporting documents such as contracts, invoices, invoices, payment documents and other documents  (required for proof according to Article 44 of the Tax Code of Ukraine),  "verifiers" confirm the fact of receipt and payment of goods (works, services) ), however, in excess of their powers on the basis of violations of tax law, they specify the invalidity of economic contracts concluded by the taxpayer with suppliers of goods (works, services), determined by them. 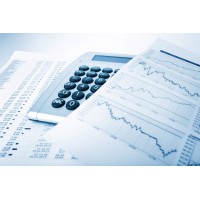 The Complainant received a letter from the controlling body with a request for payment of debt (arrears) in accordance with the Law of Ukraine "On the collection and accounting of a single contribut..